Confession: even dietitians need a treat sometimes. So when leftover cake scraps were offered to me, I figured I should take them and turn them into something even more delicious than cake: cake pudding! Carpe cake?? In case you are confused as to what cake pudding is, picture bread pudding, but replace the bread with cake :). Sounds decadent, and it is. I adapted a Cooking Light recipe for Bread Pudding with Salted Caramel Sauce, though, so it is at least a little better for you. 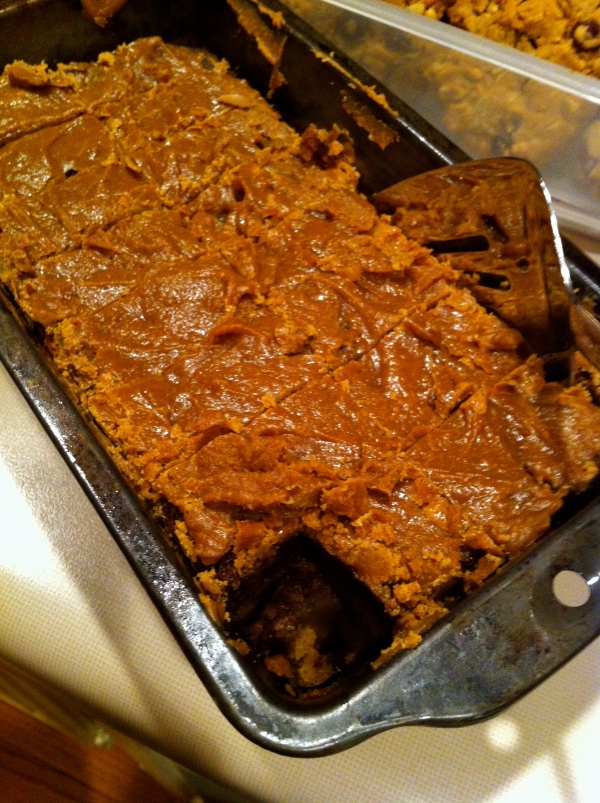 Preheat oven to 350°.
To prepare cake pudding, arrange cake in a single layer on a baking sheet. Bake at 350° for 8 minutes or until lightly toasted.

Combine evaporated milk and next 7 ingredients (through eggs) in a large bowl; stir with a whisk. Add cake cubes. Let stand 20 minutes, occasionally pressing on cake to soak up milk.

Side note: wouldn’t this be the BEST French toast mixture??